Is Watchful Waiting, In the Best Interest of your Child? 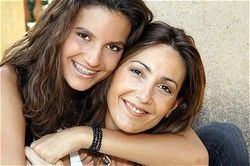 Children with sleep apnea syndrome who have their tonsils and adenoids removed sleep better, are less restless and impulsive, and live a generally happier and better quality of life. A new study by the National Institutes of Health concludes that children trapped in the cycle of watchful waiting regarding tonsil and adenoid care (usually mandated by insurance companies) suffer unnecessarily from incorrect diagnosis of attention deficit disorders, anxiety disorders, and are medicated for multiple behavioral disorders, when in fact they have sleep disordered breathing often caused by enlarged tonsils and adenoids.

“This study provides data that can help parents and providers make more informed decisions about treating children with this disorder, and it identifies additional areas of research, according to Susan Shurin, MD. The research is currently published online in the New England Journal of Medicine. (nhlib: news@nhlib.nih.gov)

Obstructive sleep apnea is a surprisingly common disorder in which the airway can become blocked during sleep. When this happens, breathing becomes shallow, and pauses occur throughout the night. Sleep disturbances in children result in many issues which often appear unrelated to sleep. As an example, a child may appear to be “bouncing off the ceiling” and completely disrupting a classroom when in fact, due to their sleep issues, they are actually exhausted. Once the brain locks into “hyper drive” mode (which happens when the child is constantly aroused or awaken during sleep), the child is erroneously thought to have cognitive and behavior issues, not a sleep disorder.

Clinical markers for children with sleep disordered breathing are mouth breathing, enlarged or swollen tonsils and adenoids, and teeth grinding. Tonsils are developmentally at their very largest size when a child is about 5 years old, often extending behind and down the throat blocking the airways in the absence of infection or illness; so when parents report a child’s snoring, they are often met with a “watchful waiting” type of response from the physician. The child is currently not “sick.” Grinding or bruxing in young children has not been correlated to stress (as noted on polysomnography) as previous literature posed. After years of study and data gathering, it has been noted by Jeffrey Rouse, DDS that “Stress leads to awake bruxism, not sleep bruxism. Pediatric grinding/bruxing or grinding is related to micro-arousals in sleep and increased respiratory effort. Excessive wear on a child’s teeth is again an early warning signal which will more than likely be caught by the child’s Dentist, and dental hygienist who are trained in screening protocol for sleep disordered breathing and sleep apnea. These clinicians are in a perfect position to educate both parents and partner with physicians in the best interests of the child’s health and welfare.

Pediatric snoring is a clear warning signal for parents and clinicians. The snoring need not bring down the house, but a purr or rumble emanating from your child’s room is a clear signal that they could be in distress. A comprehensive examination by an ear nose and throat physician, as well as referral to a sleep specialist for a diagnostic sleep study could very well save your child’s life. Fortunately, today there are many physicians and dentists who partner in the screening and assessment of children. Tonsil and adenoid surgery is just one of the many treatment options for a child with sleep disordered breathing, and clinicians from a variety of disciplines who work together with the entire family tend to have more positive treatment outcomes. An attitude of watching and waiting when a child needs help should no longer be an option. 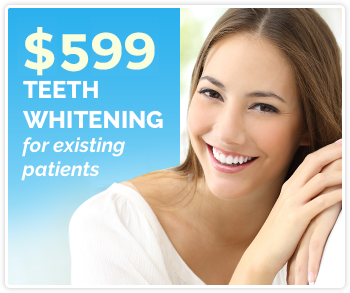 We've copied your review after you click 'Publish' please paste your review by selecting 'ctrl' + 'v' into the review comments section.